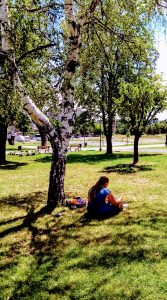 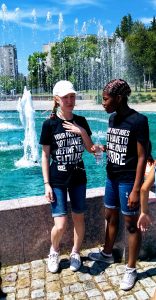 Today was a strenuous day, which included engaging in physical activities during the middle of the day where the temperature peaked. My group in particular was especially arduous as our activities included capture the flag and races, the Bulgarians did all that we asked without breaking a sweat, this however this cannot be said for us, Gareth in particular experienced the worst of the symptoms, from the first couple moments he was bombarded by the pollen which rendered him incapacitated. However, this wasn’t the end of his struggles because throughout our journey back he was physically and emotionally tortured by the unforgiving sun rays. Even though we struggled with the heat the groups loved our games and activities and listened really well to Mark’s thought for the day about equality. Something which seemed like a really important topic after the things we learned this week about how much the Roma community is not really treated equally and also how women in that culture are not treated equally either. 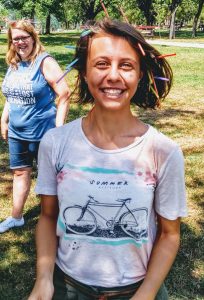 Another highlight of the day was the fact that Mark decided to lounge in his small empty suitcase, which came with great consequences; his trousers ripped at the back! It must’ve been an embarrassment that we didn’t help to comfort but instead encouraged the loud laughter. Overall, the games with the kids were amazing and Maisy even managed to start a new trend; the team and the kids were all hyped to style their hair with a bunch of colourful straws.

The group enjoying the beautiful park

Klaudia was even recorded by Bulgarian TV whilst wearing the fashionable straws, so the whole of Bulgaria will have the chance to witness this awkward moment. 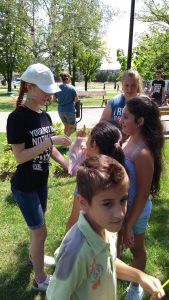 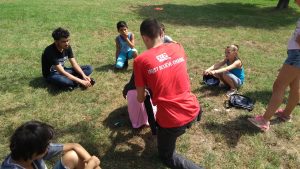 Next up, we made a stop at Gancho’s office and were rewarded with three large succulent pizzas that everybody enjoyed after the burden of walking up those hills. The kind volunteers then gave us a quick tour of the Roma Community. The sight was shocking, because the environment changed from civil to one enhanced with poverty within seconds – the difference in appearance of the people and the houses was outrageous too. It is crazy to think that this standard of housing and living can happen so close to the nice city centre we have seen each day. 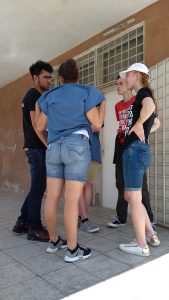 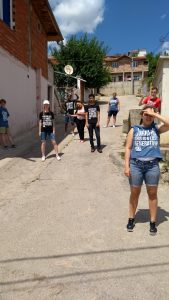 Would you also believe that Gancho’s son gave up his time to please us with his traditional Bulgarian dance moves and even taught us some. We also got to witness some of the Roma belly dancing, this seemed very cheesy but nobody had the courage to look silly except Ian and Danielle.

This was our last full day of working and we are looking forward to a relaxing day tomorrow and a bit of a lie in. Ahmed and Klaudia. 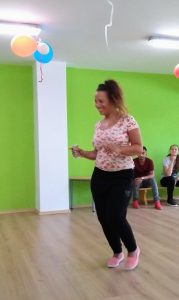