Good News of Peace and Development for Rwanda (GNPDR)

Just over 2 decades on from the horrors of the Rwandan genocide, GNPDR works for restoration and development in a nation that was crippled by tragedy, and continues to recover. Their work positively impacts a number of marginalised groups such as young people in prisons, street kids and young adults orphaned by the genocide.

Rwanda still lives under the shadow of the genocide that happened in 1994. Even though the country is now one of the most developed in Africa, big challenges remain. The legacy of trauma affecting the majority of the population and the ongoing issue of orphans and street children still remains. Everyone was affected, and everybody has a story to tell. 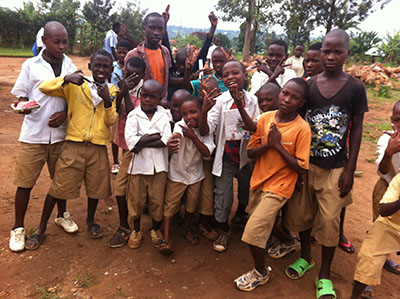 GNPDR first started by establishing pastoral care in the prisons of Rwanda, but soon realised that the problems they encountered were inherently linked with the effects of the genocide. It now works in all of the prisons in Rwanda conducting youth-work, educational support, counselling and adult literacy classes.

One of their other projects was to establish the Street Kids Catch-Up School which enabled young people trapped in street life to catch up on the education that they’ve missed whilst being on the streets. Once they’d caught up, GNPDR sought to reintegrate these young people back into the mainstream Rwandan school.

However, the reduction in numbers of street children in Kigali, and the need for a community-based primary school that accepts children from any tribal background, and any income level, means that GNPDR are currently registering the Catch Up school as a mainstream school to allow children from all walks of life to attend.

Two other projects that GNPDR are running are: