Spurgeons update – kitchen for the porridge

One of the buildings that was decimated was the school kitchen – it was only a simple structure but had two big cookers to allow provision of porridge for the pupils at morning break, and then a plate of githeri (a local Kenyan dish of maize and beans) at lunchtime. For many of the children, these were the only meals they got, and so the destruction of the kitchen was a massive blow.

Well, thanks to resilience, and determination not to give in, the cooks have set up a new ‘kitchen’ – aka a 3-stone fireplace hidden in a small space behind a shipping container – and provision of porridge has resumed. The money required to buy the maize and beans for githeri is beyond the capability of the school at present, due to soaring prices following a period of drought, but at least the children are able to receive porridge again.

Certainly not ideal, and it would be great if funds can be raised to buy the school some new cooking stoves so that the cooks aren’t having to breathe in smoke from the wood-fire all day. If you would like to help make this happen, then go to www.cred.org.uk/donate

In the meantime, here are some photos of the new kitchen and porridge-time. 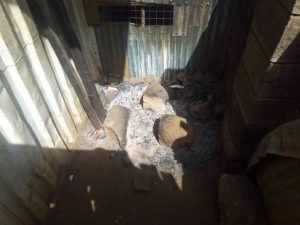 The 3-stone fireplace that comprises the Spurgeon’s kitchen 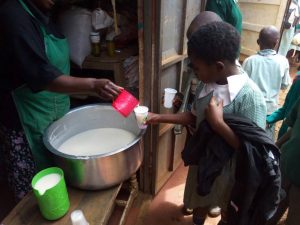 The much-longed for cup of porridge 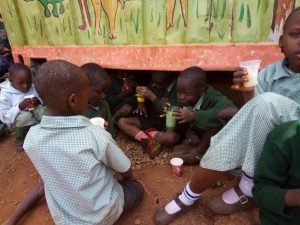 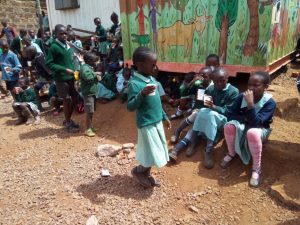 Every possible bit of ‘seating’ is taken for enjoying the porridge 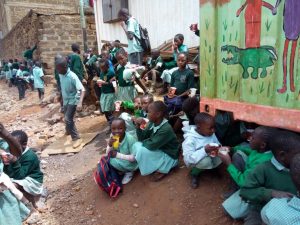 And if there are no seats left – just grab some space anyway! 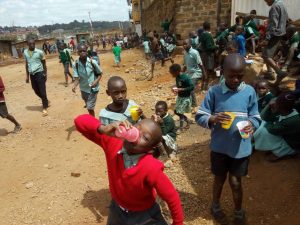