There has been much discussion and negotiation recently with the national train authorities and the Kenyan government regarding future options for Spurgeons Academy relating to buildings and associated space. This is due to the impact of the expanded train line that has cut through the Spurgeons site and resulted in the destruction of classrooms and kitchen

The outcome is that the school is getting a new government-funded (thanks to the World Bank) 15 room school building.

The previous building has to be demolished but the new one will enable all 11 classes to have their own classroom, plus there will be a kitchen, a storeroom, an admin room and a staff room.

The building of the new block is already under way and the plan is for it to be completed in time for the start of the new school year in February 2018.

Overall this is a fairly positive outcome although there is no hall for communal gatherings. To counter that, the staff plan to remove a joining wall between two classes and create a larger space that houses the youngest two classes but can also house bigger groups.

Another issue is that there is no play space. There is a narrow corridor of open space  outside the building but this also doubles as a walkway for pedestrians going into Kibera from homes further away. This results in issues surrounding safeguarding for the children.

Despite all this the students are working hard and preparing for national exams at the end of October.

There are still concerns about possible unrest due to the forthcoming re-run of the presidential elections, and Kibera can be a hot-bed for politically inspired troubles. Prayers are being said that this will not be the case this time round, and that the students will feel safe enough to come to school and enjoy their education 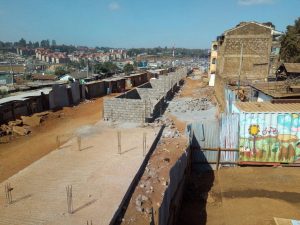 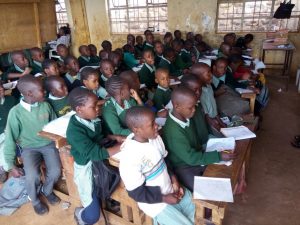 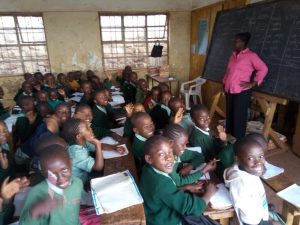 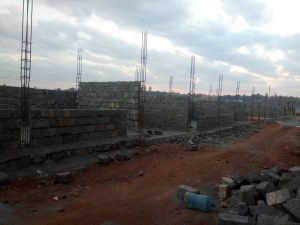