A Spurgeons / Kenyan version of The Good, the Bad and the Ugly

CRED Foundation has been supporting Spurgeons Academy in Kibera slum, Nairobi, Kenya, for many years, and we have taken several teams of young people out there, to run educational activity weeks for the children of the school. During those weeks, not only have the teams been able to support the work of the school, but the individuals on the teams have all had their eyes opened and their perspectives changed with regard to their place as global citizens, and what it means to ‘love your neighbour’.

Spurgeons Academy is an incredible school – serving the poorest of the children in Kibera slum, the largest informal settlement in Eastern Africa. Many of the children who go there are orphans, some live in child-headed households, some with extended family, and all are from the absolute bottom bracket of society when it comes to household income levels.

The staff at Spurgeons don’t go for the easy option – they don’t enroll the children who can afford to attend school, but instead allow those who can’t afford even a meal per day to come along, and get a top-class education, 2 meals per day, and plenty of social support, including medical access if needed, to ensure that they are given a fully-holistic package of care.

Our main point of contact at Spurgeons is the wonderful Kenyanito. His enthusiasm for life, his faith-filled hope, his determination to stand up and advocate for all in the school – these attributes and more have meant that he has impacted the lives of many of our team members, and helped them see life through a new and more selfless lens.

So when I got an email from Kenyanito a couple of weeks ago telling me how the combination of climate change, resultant failed harvests, shortage of food and rising food prices meant that the school were struggling to feed the pupils, I had no hesitation in sharing the news with ex-team members and other CRED supporters, in the hopes that they would dig deep and give generously.

And give they did, such that we have already been able to send over upwards of £400, and there is more coming in. Enough to keep the children fed at Spurgeons for a while longer yet – that is the GOOD news

But it is with a heavy heart that I now turn to the UGLY news. At the weekend I received further communication from Kenyanito. This time it wasn’t about the food shortages, but instead was about the land that the school is on, and some developments that happened on Friday and Saturday.

The piece of land that Spurgeons is built on butts up to the trainline that runs east-west across Kenya, from Mombassa and through Nairobi and on to Uganda. In recent years, the Kenyan authorities have been upgrading the line, and as a result have been carving out land on either side of the railway line that was previously given over to housing, or in our case – Spurgeons Academy. We’ve known that there would be a reduction in land for Spurgeons to be on, but there had been talk of compensation for the land lost, even though the school rents the land.

But on Friday, with no warning, the bulldozers moved in and proceeded to flatten everything in their path except for the concrete classroom block.

So some of the old classrooms went, the kitchen went, the play area is now under rubble, and all talks of compensation have disappeared. All that they have left is the classroom block, which is big enough at the moment to house about 2/3 of the school.

As you can imagine, the school community are absolutely devastated. The photos that follow express much of the frustration and bewilderment being felt, as the students and teachers could only watch helplessly at the ensuing state of carnage being inflicted upon them.

They don’t know what will happen next – where the food will be cooked, where the 1/3 of students without classrooms will go in order that they can carry on learning, where the children will be able to play safely in their break times.

None of that is clear yet – but what they are doing is refusing to be beaten, refusing to be turned out, and keeping faith in pursuing education, and finding a way forwards

For those of you who pray – please lift up Kenyanito, the staff, the pupils and the wider Spurgeons community in prayer. My hope and prayer is that something positive will rise up from all this – a ‘phoenix from the ashes’ type situation, where over time the community will be able to look back and see that this cloud has a silver lining. But for now they all need our thoughts and prayers – to give them the hope and strength to see them through these dark days. 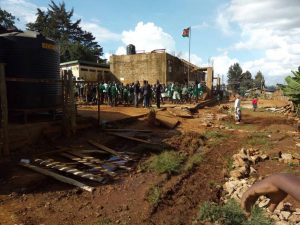 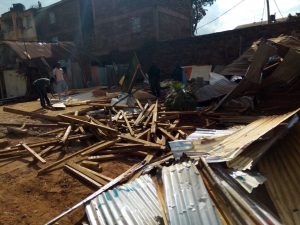 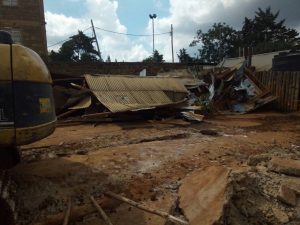 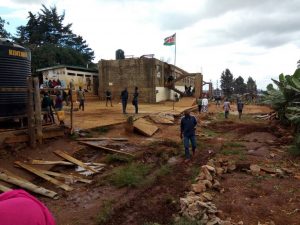 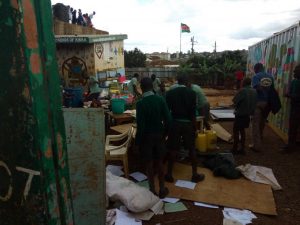 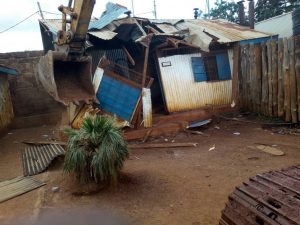 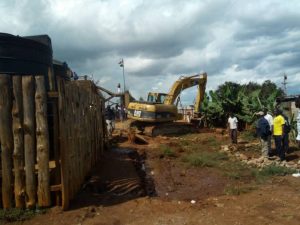 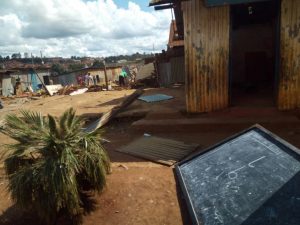