Daniel and The Voice

Daniel Mpanduzi, our Tanzanian CRED Partner, is one of 14 children – 9 girls and 5 boys. Within the family order he came roughly halfway and of the sisters 5 are older, and 4 younger.

He grew up in the western part of Tanzania, near the shores of Lake Victoria, and it was only when he started going to school that it occurred to him that his older sisters hadn’t been offered that same opportunity by his parents. On asking his father about this, he was told ‘there’s no point in educating girls, learning is just for the boys’. Daniel was very upset by this attitude, especially when he discovered how widespread it was at the time, and he resolved that when he grew up he would find a way to make education accessible for girls as well as boys. He and his father never reached an agreement about girls and education.

Daniel has stuck to his resolve, and now, many years later, he is the executive director of The Voice School Trust – a secondary school in the Arusha district of Tanzania that seeks to give top quality education to both boys and girls, no matter what their background.

I visited The Voice recently and it really is a wonderful place of learning. Teachers and students alike demonstrate a strong desire to get as much as they can from their education, to make a difference in the wider world, and to dream big dreams about what they can achieve.

As well as the usual subjects that you would expect them to be studying, the students also have opportunity to gain skills such as gardening, carpentry and tailoring, so increasing the range of life-skills that they finish school with.

Some of the students are local, some are from further afield; some have two parents, some have one, some are orphaned; some can afford the fees, some have financial support; some have a full bill of health, some have some medical needs, some are albino and are given a range of extra measures of support to combat the challenges of albinism in a country where the sun is intense, and where being albino brings a range of stigmas and negative beliefs. But all the students are treated equally, treat each other as equals, and support each other in the pursuit of their hopes and dreams.

And on top of the academic side of things, the students also help at a Saturday club for younger children from the community. With 70 children ranging from 3 – 14 years on the books, this group, which is run by Daniel’s wonderful wife Upendo,  provides a much-needed space for children to come and enjoy opportunities to do crafts, games, sports etc, to get a mid-day meal, and to have some faith-related input.

The next steps of Daniel’s dream are to expand The Voice School so that more children can attend, and also to explore setting up a vocational college that can bring benefit to the wider community of adults. Given his achievements so far, I have no doubt that these will happen in some way, and I am looking forward to seeing how CRED can journey with Daniel in this. 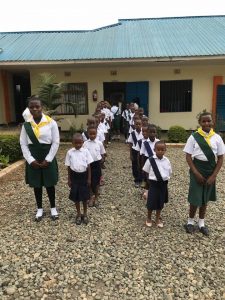 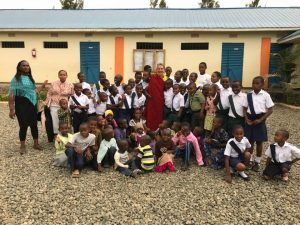 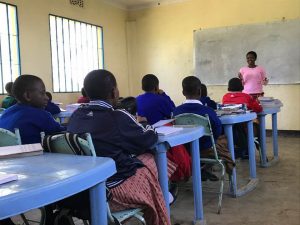 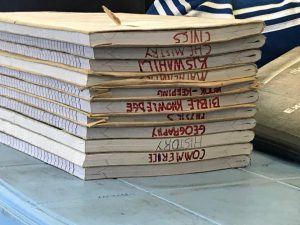