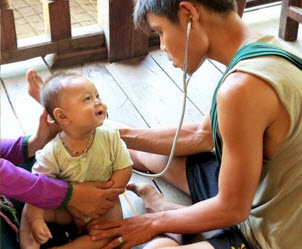 A charity committed to the people of Burma, especially those who are internally displaced, seeking refuge, or who are victims of natural disasters. Their work can involve emergency relief, development, and capacity building, but they particularly specialise in supporting orphaned and / or displaced children.

PRAD helps communities across Burma/Myanmar to grow their capacity to help themselves. Highlights include building businesses that fund schooling, improving rice production and teaching organic farming methods to feed families, and training and equipping clinics and health workers to radically improve community well being. 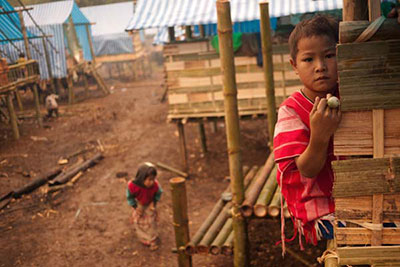 PRAD are working in partnership with local communities to strengthen families and provide safe nurturing environments for children to grow, while keeping them in school and developing church and social institutions to reduce the number of children sold, kidnapped, or otherwise trafficked into prostitution and slavery each year.

Despite positive improvements to the peace and democracy in some areas, thousands remain in crisis across Burma/Myanmar. Basic medical needs and food supply are still daily struggles for many, while education opportunities for children remain limited. In these times of crisis, where children and families are left most vulnerable, PRAD has committed to go and help wherever we have been able.

For over 60 years, a brutal civil war in southeast Asia has had devastating consequences on the freedom and well-being of innocent children caught in the crossfire. PRAD are at work in communities touched by the conflict in Myanmar (Burma) to ensure these children are protected and have all they need to reach their full potential. 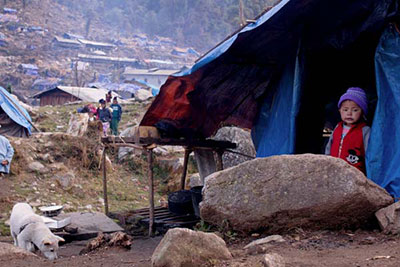 Despite the military dictatorship officially ending in 2011, conflict between the country’s myriad of ethnic groups and the Myanmar Army continues to this day.

This has led to the displacement of hundreds of thousands of people who are often left without food, shelter, medicine or other basic essentials. Myanmar has an estimated 640,000 internally displaced people, and food shortages, inadequate shelter as well as lack of access to water, sanitation, healthcare and education, all contribute to high malnutrition and mortality rates.

The children are particularly vulnerable and many across the country still face deep poverty and hardship, a contributor to Myanmar being a significant source of trafficked people, including children, throughout the region. The decades of heavy investment in military expenditure at the expense of healthcare and education has also left many without access to basic medical care and the opportunity to go to school.

Thailand, which borders Myanmar and is one of its biggest trading partners, has been impacted by the civil war running within its neighbor’s borders. Mass displacement of villagers in eastern Myanmar following attacks by the Myanmar Army saw hundreds of thousands of people flee their homes across the Thai-Myanmar border to seek refuge. Many now live in ‘temporary’ camps along the border with limited educational opportunities and no means of official employment, whilst others have moved further into Thailand seeking work, but vulnerable to human trafficking, slavery and gross human rights abuses.